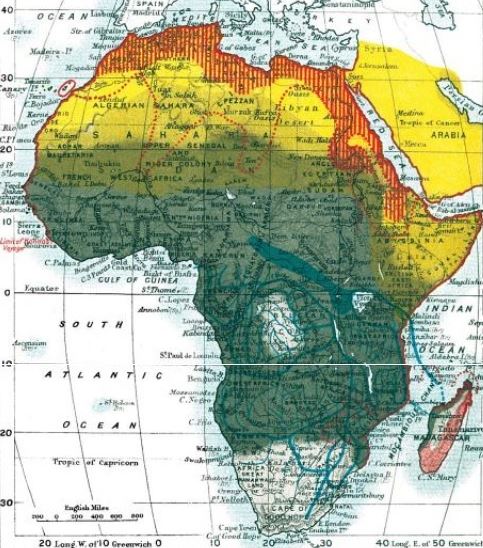 According to the collaborative scholarship of Dr. Ben and Dr. George Simmonds, Muhammad’s grandparents originated in Ethiopia (Kush).

Muhammad’s grandfather frequently visited Aksum. Bilal, Muhammad’s “closest advisor and co-founder of Islam”, was himself an Ethiopian.  (Jochannon 1991, p. 151)  Bilal carried Muhammad’s lance, which was given to Muhammad by a companion, to whom it was gifted by an Ethiopian ruler.

As an orphaned infant, Muhammad was nursed by Barakah Um Aymanan, an Ethiopian woman, whom he referred to as, “my mother after my mother”  (Rashad 1995, p. 17). “The many words in the Qur’an that derive from the Abyssinian language are evidence of the close connections between Mecca and Aksum”. (Northrup 2017, p. 24) 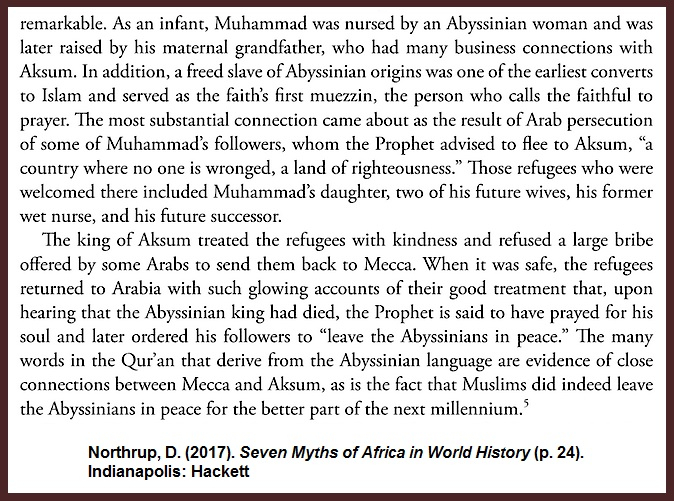 (Note: Abyssinian is a European appellation taken from the Arabic word Habesh, which signifies mixed African and Arabian descent, and Abyssinia is used in reference to Ethiopia.) 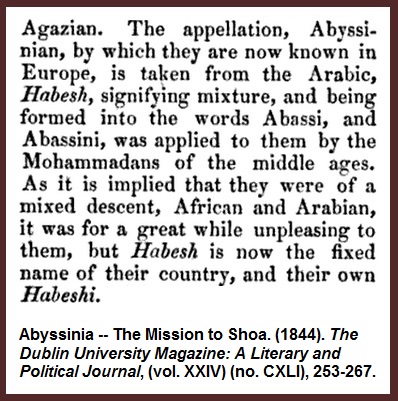 Over a century and a half before Muhammad’s lifetime, Arabian Ishmaelites, “. . . happening to come in contact with the Jews, gathered from them the facts of their true origin, and returned to the observance of the Hebrew customs and laws.”  (Sozomen 1855, p. 309) 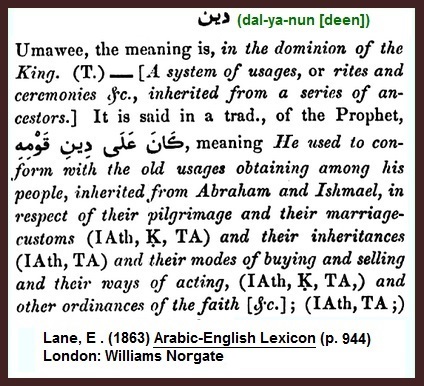 (Note: See Chapter 1 for information about the relationship between Kushites and Shemites)

In the Book of Genesis, Ishmael and his descendants are blessed and promised a great nation.

It is also prophesied, “. . .  his hand will be against every man, and every man’s hand against him; he shall dwell in the presence of all his brethren.”

(Note: See Chapter 7 for the fulfillment of these prophecies.)

**Arabia, an Extension of Africa** 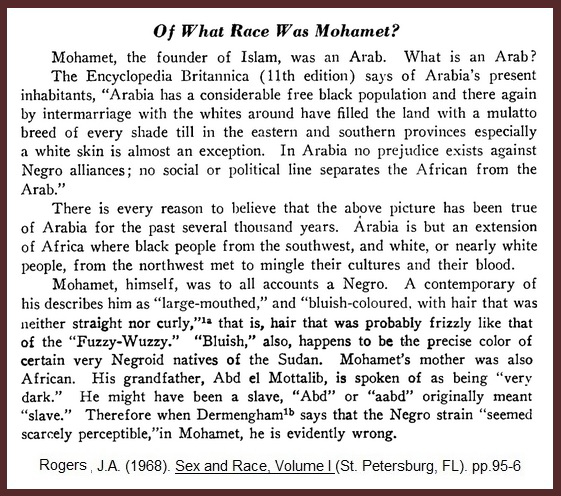 “. . . the divide between the Arabian peninsula and the North-East part of continental Africa is an ideological divide and not a historical, cultural or geographical divide.” (Bekerie 1997, p. 39)

“The original inhabitants of Arabia then . . . were not the familiar Arabs of our time but a very much darker people. A proto-negroid belt of mankind stretched across the ancient world from Africa to Malaya.”  (Thomas 1837, p. 355) 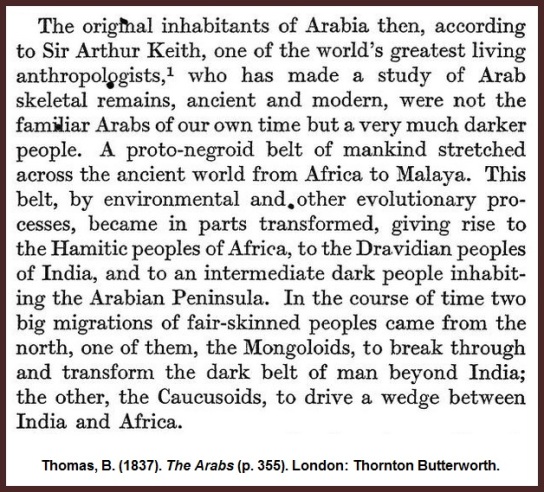 This is Africa as known to the Ancients.

One thought on “Chapter 4 – MUHAMMAD’S KUSHITE and SHEMITIC ANCESTRY”