** Introduction of Islam to Africa**

It is a commonly held belief that the 7th century Arabians attacked the African People and converted them to Islam by the sword. However, the works of Edward Wilmot Blyden (known as “Father of Pan-Africanism”) and of Dr. Cheikh Anta Diop show, Arabians introduced the people of the continent to Islam with no coercion.

“…[W]hat really took place, when the Arab met the Negro in his own home, was a healthy amalgamation, and not an absorption or an undue repression.” (Blyden 1994, 14)

“The primary reason for the success of Islam in Black Africa, with one exception, consequently stems from the fact that it was propagated peacefully . . . “.  (Diop 1987, 163)

An 18th century publication says, Islam was spread through Africa by Muslims who established schools to teach its tenets to African children, not by the sword. 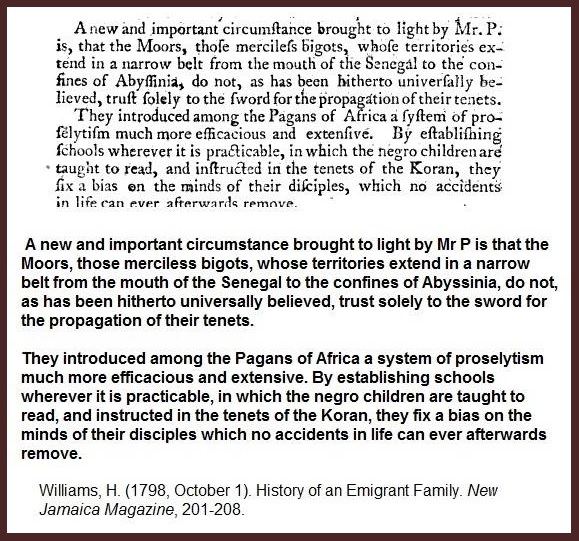 “Greek rule had become odious in Egypt and it was gladly exchanged for the rule of the Saracens.” (Houston 1926, 137)

“The people of Egypt wanted the Muslims to enter the country in an effort to rid themselves of the Roman oppressors.” (Asante 2007, 213) 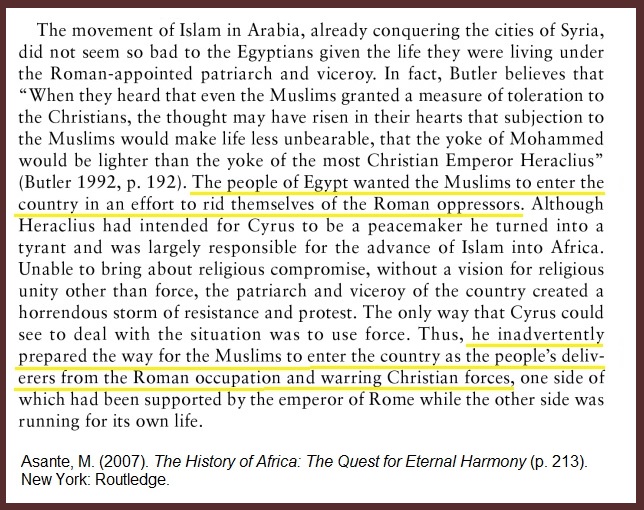 **Muslim liberation of Israelites in Palestine**

Israelites under the colonial domination of the Byzantines in Palestine, were among the nations liberated by the 7th century Muslims.

After taking possession of Palestine from the Byzantines, Umayyad khalif Umar ibn Abdul Aziz (Omar II) opened Jerusalem to the Jews and gave them equal rights with the Christians. He himself helped to clean the Holy Temple of the filth and rubbish piled upon it by Christians to spite the Jews. 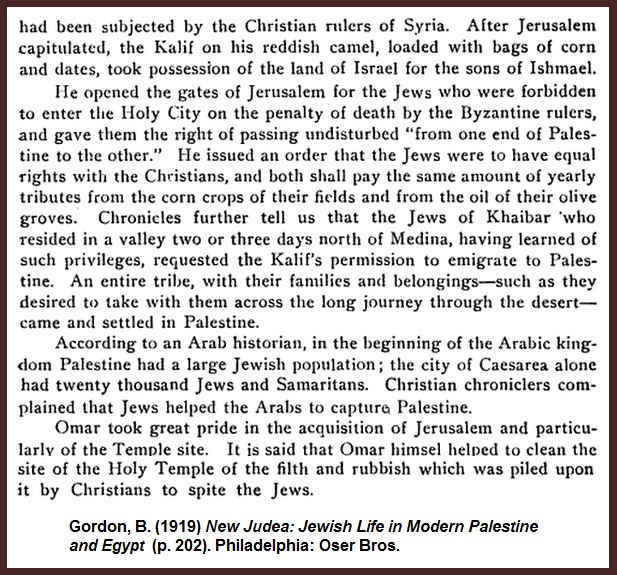 “For a while, it must have seemed that the Moslems would overwhelm all of Christian Europe”. (Hart 1992, 5)

“It is clear, however, that the conquest of Spain was undertaken upon the initiative of Tarik ibn Ziyad . . . a member of the Warfadjuma branch of the Nafza Berbers.” (Van Sertima 1993, 54) 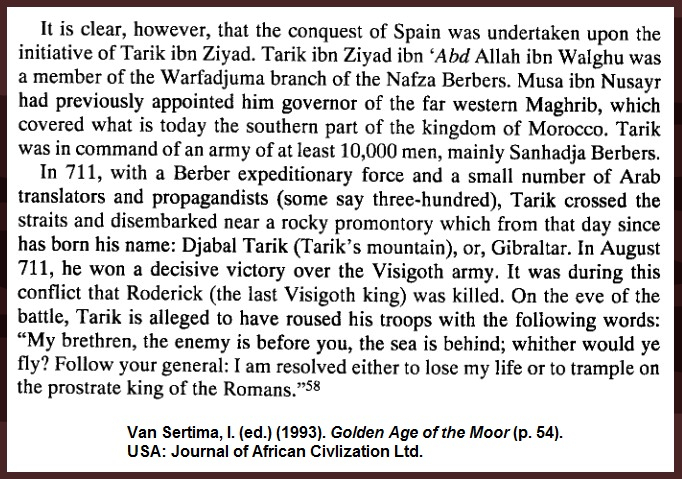 The Umayyad Dynasty from Muhammad’s tribe of Quraish (Quraysh), exercised exclusive rule over the Islamic World from 661 – 750 CE.

(Recall from chapter 2 the “big fish” in the photograph Statues of Shepherd Kings.)

The exclusive rule of the Islamic empire by the Umayyads was short lived. In a coup engineered by the Persian general Abu Muslim, in 750 CE, they were overthrown by the  Abbasids. Abbasid culture would come to be dominated by the legacy of Persian civilization, and the capital of the Islamic empire was moved from Damascus to Baghdad, near the old Persian capital of Ctesiphon. (Latif 2019, p.3)

“Under the Umayyads, only those of full Arab parentage on both sides were admitted to the highest offices of the state. Under the ‘Abbasids, not only half-Arabs, but Persians and others rose at the caliphal court, where the favor of the ruler, more than noble descent, was the passport to power and prestige.”  (Lewis 1995)

The remnant of the Umayyads, who grieved the decline of Arabian power, migrated westward and settled in Spain, or abode in Africa under the suzerainty of an Arab potentate, at a distance from the power of the Abbasids.

The involvement of Kushite-Arabian and Berber Muslims in the slave trade of West Africa followed the practice instituted and in use by the indigenous people, as explained by Dr. Cheikh Anta Diop.

It was under Persian controlled Abbasid khalifate that the chattel enslavement and mass relocation of the Zanj people of East Africa to Iraq took place.

In Baghdad, the enslaved Zanj revolted against their Abbasid oppressors in 869 C.E. and 874 C.E. The Zanj rebels were aided by Muslim peasant farmers and black troops who defected from the Abbasid khalif’s army.

Ghanaian scholar Dr. J.C. Degraft-Johnson says, there were two Arab invasions of Africa.  As this chapter has shown, the first occurred under the Umayyad Dynasty, which liberated Africans from the Byzantine’s oppressive occupation and rulership. The second, under the Persian backed Abbasid Dynasty, who “destroyed, but never rebuilt”.  (Johnson 1986, 78)